Nagara Vinyasa Tattvas (Samskrit: नगरविन्यासतत्त्वानि) refer to the principles and theories of town planning in ancient bharata as contained in various literatures related to the sthapatya veda (स्थापत्यवेदः).

The advanced cities of 21st century contribute to nearly 80% of all the waste that is generated by different anthropogenic activities, and constitutes up to 60% of the total Greenhouse Gas Emissions which contribute to the phenomenon of global warming as well as climate change. We are repeatedly warned again and again that the sea-level is rising twice as fast as previously forecasted while threatening hundreds of millions of people across the globe. But the threat of sea-level rise to cities is only one piece of the puzzle, extreme weather patterns such as intense storms are another. These impacts of climate change are going to be felt strongly in the years to come.

As urbanization and globalization continue apace, cities will become the front line actors in the carbon emissions and climate change arenas. The future of hundreds of millions of people living in urban areas across the world is to be affected by varied impacts of rapid urbanization and climate change. Additionally, the climate refugees from the rural areas that have been hit by drought or flooding caused by the climate change will also aggravate the migration to cities, i.e., the process of urbanization. And the overall impact caused because of all these phenomena would vary depending on the form of settlement, its geographic considerations and the nature of the local economy.

However, it is noteworthy to mention that the cities and urban residents are not just victims of climate change but also part of the problem. And if cities are part of the problem, that means they must also be part of any solution. Thus, even if it’s clearly understood that climate plays a major role in shaping up the settlement style, the final form of the settlement pattern can also drastically affect the climatic conditions of any area.

It would be worthwhile to note that the ancient systems of town planning in India had interesting insights that seem practical even today. Some of the designs they offered are discussed here.

The principles and theories of town planning in ancient times are contained in various literatures, which can be broadly classified into two types for the purpose of analysis:

The nature and growth of towns then were chiefly governed by site conditions. The towns were generally situated on river banks, a flowing stream was always preferred for sanitary requirements.

The main streets were aligned in the East-West to get the roads purified by the Sun’s rays; while the short roads were aligned North-South. The roads running round the village called ‘Mangala Vithi’ were reserved for priests.

According to Mansara (मानसारम्), the probable site for the proposed settlement was to be examined and its fitness was determined from its smell, colour, shape, direction, sound and touch. For example:

Hence such sites were rejected.

As per Mayamata (मयमतम्), the following rule was laid to determine the strength of soil. It says to dig a pit deep in the ground and again return earth into it. If the earth fills more than the pit, the ground is good. But if it falls short, then the ground is bad and so it is rejected.

Furthermore, following were some of the building bye-laws which were adopted in ancient India: 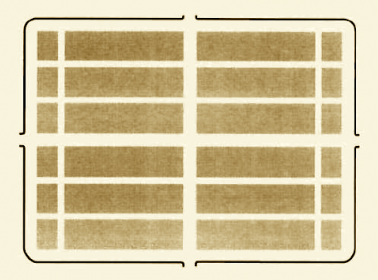 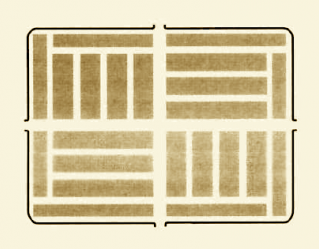 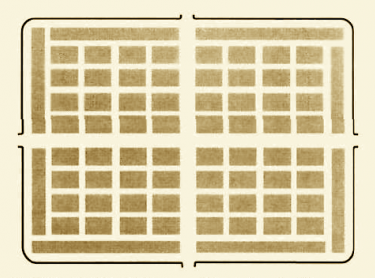 This village form follows a ribbon development along principle street. It consisted of five long parallel street running East- West with three shorter ones intersecting them at the middle and two ends. There were two bathing tanks in the Northeast and Southwest corners and temples out of which principle one was placed at the west end of Raja’s street called rajapath. Minor deities and their temples were on the outskirts of village. The fortified wall had four gateways facing the two main streets. In the given plan each of inside plates had two rows of houses. (Fig.1) 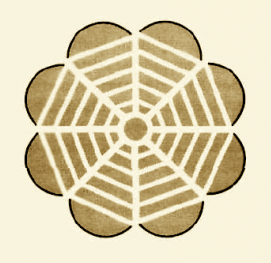 The plan resembles the pattern of a svastika. Two main streets run East-West and North-South in the middle. The branch streets shall follow pattern of svastika. The wall was fortified with provisions of missiles. The magic of svastika lay in the fact that it was a formation used to defend the four gateways. (Fig.2)

The shape of Padmaka may vary but length and breadth needs to be equal. The plan had two main roads in the East-west and North-south direction. It had a temple at the centre and palace, shops, market and tank spreading around the periphery of the plan. Mansara states that the length and breadth of this village shall be the same and could be enclosed by circular, quadrangular, hexagonal or octagonal walls. (Fig.3) 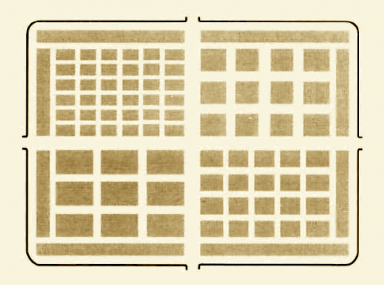 The village was square or rectangular in shape with two main streets in the East-West and North-South directions. As the name suggests it had four main gateways at the end of streets. The Shudras resided in extreme borders; the temple being at the centre of the plan. (Fig.4)

These were more developed Vedic settlements. The main streets were in North-South and East-West direction which divided the city into four main parts each part having narrower streets than the main one. The city was enclosed in walls and there were four gateways at cardinal points. For example, the city of Jaipur. (Fig.5) 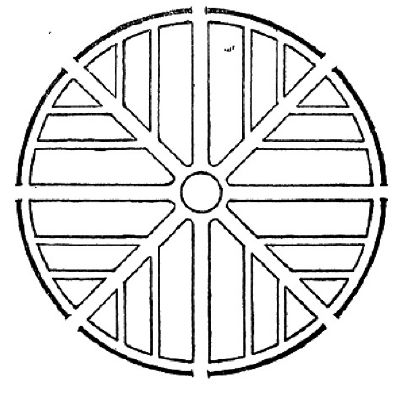 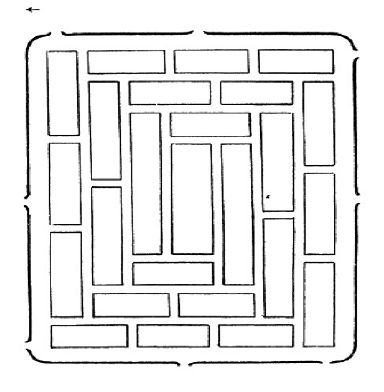 The shape of the city resembled a bow. The city had wall enclosure in the form of a bow having two main gates on the North and South sides. It had one main road lying in the North-South direction. Outside the city wall was a moat (deep and wide water filled ditch) for defence. (Fig.6)

This plan was in the pattern of flower petals. This was known as the abode of happiness. This plan was intended to accommodate a population of mixed social grades. Nandyavarta type of village contained a great number of shrines dedicated to various deities for location of which Mansara has given directions. There were bazars placed on outer blocks near gates. (Fig 7.1 and 7.2)

At the centre of village was a temple of Shiva, Vishnu or Brahma. The village had two streets crossing each other at the middle. Rest houses for pilgrims and educational buildings were at the outer rings of village. Vaishyas and Shudras resided at the Southern part. The temple of Chamunda Devi was erected at North-East side. The village was protected by a wall and ditch. The principle streets were purified by rays of Sun from morning to evening.