Difference between revisions of "Introduction to Mathematics (English)"

From Dharmawiki
Jump to navigation Jump to search

Welcome to the Class 1 of integrated curriculum, Introduction to Mathematics lesson plan.

Ganita literally means “the science of calculation” which means mathematics. The term “Ganita” is an ancient one and occurs widely in the Vedic literature. In earliest times, ganita included astronomy, but later on it was studied separately. 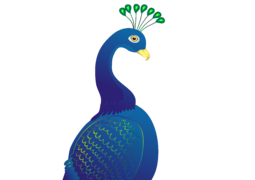 Vedanga Jyotisha, a book on astronomy written by Lagadha, gives Ganita the highest place of honour among the six sciences which form the Vedangas.

Meaning: As the crests on the heads of peacocks, as the gems on the hoods of snakes, so is ganita at the top of the sciences known as the Vedanga.

Numbers in India, were known since the earliest times, as we find them described in the Vedas which are said to be the oldest literary material available. The concept of nine numerals, decimal place-value, with the introduction of zero significantly contributed to the development of mathematics in ancient India. Before learning about Ganita, let us seek blessings for our good understanding of the subject, just like Bhaskaracharya. 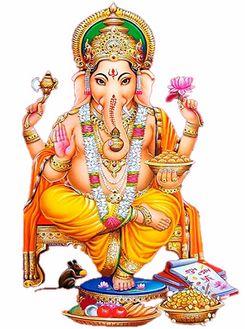 The Lilavati is one of the greatest mathematical contributions given to the world by Bhaskaracharya, for a student to learn computing in a delightful way using simple examples from daily life. However, before we start any work, as laid out by our ancient rshis and gurus, we first seek the blessings of the deities to successfully guide us in our activities, in the form of mangalacharana. Let’s learn the mangalacharana of Bhaskaracharya as given in Lilavati.

Having saluted the elephant-faced devata (Ganesha), whose feet are worshipped by all devatas and who bestows happiness on devotees by destroying obstacles when remembered, I state (start) a lucid, graceful, and a charming work on arithmetic by using simple, soft and clear words, which will give joy to the intelligent.

As is the tradition in India, Bhaskaracharya begins Lilavati with this mangalacharana shloka seeking the blessings of Ganesha, the remover of obstacles, who is the Prathama-pujya, for successful completion of writing this book. He also states that this is a work on arithmetic, delightfully interesting to the mind, written in an easily understood manner.

Learning mathematics includes understanding the numerals, their calculations, followed by higher level computations. Mathematics helps in activating and developing our minds. It increases our ability to understand our surroundings.

Mathematics, the science of calculation, just like other sciences such as grammar, originated with the primary objective of helping activities explained in the Vedas. It is here that we find the beginnings of the science of mathematics and astronomy. In the 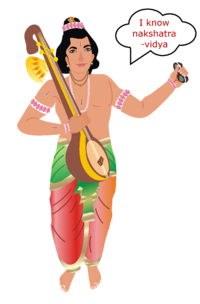 Chandogya Upanishad, we find that the eternally travelling Narada Maharshi (the celestial seer chanting the name of Maha Vishnu) stated that he studied various sciences and arts, including astronomy called as nakshatra-vidya, and arithmetic called rashi-vidya.

We also see that Jaina and Buddhist Acharyas contributed immensely to the development of mathematics since early times. The knowledge of Samkhyana, literally, the “science of numbers” meaning arithmetic and astronomy, was regarded as one of the principal accomplishments of a Jaina priest. Mahavira was regarded as one of the best mathematicians of his time. He had a great understanding of the subject. He composed the book called Ganitasarasangraha. The following shlokas show his appreciation and use of mathematics.

Meaning: In all transactions which relate to worldly, Vedic or other similar religious affairs calculation is of use. In the science of love, in the science of wealth, in music and in drama, in the art of cooking, in medicine, in architecture, in prosody, in poetics and poetry, in logic and grammar and such other things, and in relation to all that constitutes the peculiar value of the arts, the science of calculation (ganita) is held in high esteem. In relation to the movements of the sun and other heavenly bodies, in connection with eclipses and conjunctions of planets, and in connection with the triprasna (direction, position and time) and the course of the moon—indeed in all these it is utilised. The number, the diameter and the perimeter of islands, oceans and mountains; the extensive dimensions of the rows of habitations and halls belonging to the inhabitants of the world, of the interspace between the worlds, of the world of light, of the world of the gods and of the dwellers in hell, and other miscellaneous measurements of all sorts—all these are made out by the help of ganita. The configuration of living beings therein, the length of their lives, their eight attributes, and other similar tilings; their progress and other such things, their staying together, etc.—all these are dependent upon ganita (for their due comprehension). What is the good of saying much? Whatever there is in all the three worlds, which are possessed of moving and non-moving beings, cannot exist as apart from ganita (measurement and calculation).

“With the help of the accomplished holy sages, who arc worthy to be worshipped by the lords of the world, and of their disciples and disciples’ disciples, who constitute the well-known series of preceptors, I glean from the great ocean of the knowledge of numbers a little of its essence, in the manner in which gems are picked from the sea, gold is from the stony rock and pearl from the oyster shell; and give out according to the power of my intelligence, the Sara-samgraha a small work on ganita which is (however) not small in value.” 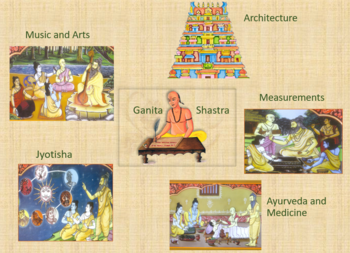 Is it not amazing how Acharya Mahavira describes the role of mathematics in our daily lives?

Do you notice, just how important it is for us to study mathematics as our daily activities such as food, travel, money, buying things for our homes, construction of buildings and the list goes on… are all dependent on mathematics. Know that just about every single happening on this earth and beyond as well as the human life involves mathematics.

Mathematics as a Subject 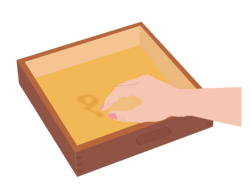 Since ancient days the main subjects of mathematical study were lipi or lekha (alphabets, reading and writing), rupa (drawing and geometry) and ganana (arithmetic). In ancient Buddhist literature we find mention of three classes of ganita: 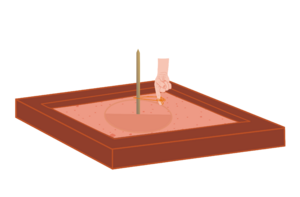 Gradually, in subsequent times, ganita came to mean mathematics in general, while finger arithmetic as well as mental arithmetic were excluded from the scope of its meaning. Calculations were performed on a board (called paati) with a piece of chalk or on sand (dhuli) spread on the ground or in the paati. Thus higher mathematics came to be called Paatiganita or science of calculation on the board or dhuli-karma or dust work. Apart from boards and sand, a string of cord, a sanku (a stick) or gnomon whose shadow is cast using a mounted lamp source came to be used in many mathematical concepts such as that of length, distance. Shadows and calculation of time from them played vital role in astronomical calculations. 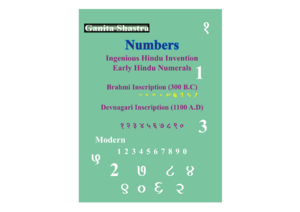 Shadows were usually measured by vertically erecting a śaṅku (stick or gnomon) in an open area with a flat surface to ensure accuracy. Permanent fixtures of this kind were referred to as sundials in some cultures. In India, perhaps the most famous monuments attesting to the measurement of shadows are the sundials found at the various Jantar Mantars constructed by the Rajput king Sawai Jai Singh in the early 18th century CE. 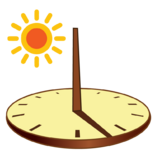 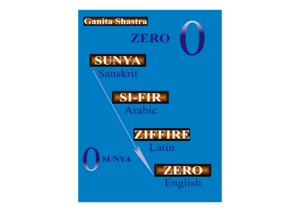 Make a simple shadow using a sanku (take a stick or a pencil) placed in front a source of light (Sun, candle lamp). Compare the shadows formed with different things (small stick, big stick, pencil, crayon, book) with your classmates.

ST  = Height of a sanku placed before the lamp

1.  Name a five instances where think mathematics is used in your house?

2.  Find out how many worlds are described in Vedas and Puranas.

3.  Find out about Jantar-Mantars and observatories in India

4.  Collect 2 pictures of places where you find patterns in the flooring, halls and walls of the buildings (any historical place of worship, a government building, a fort etc)